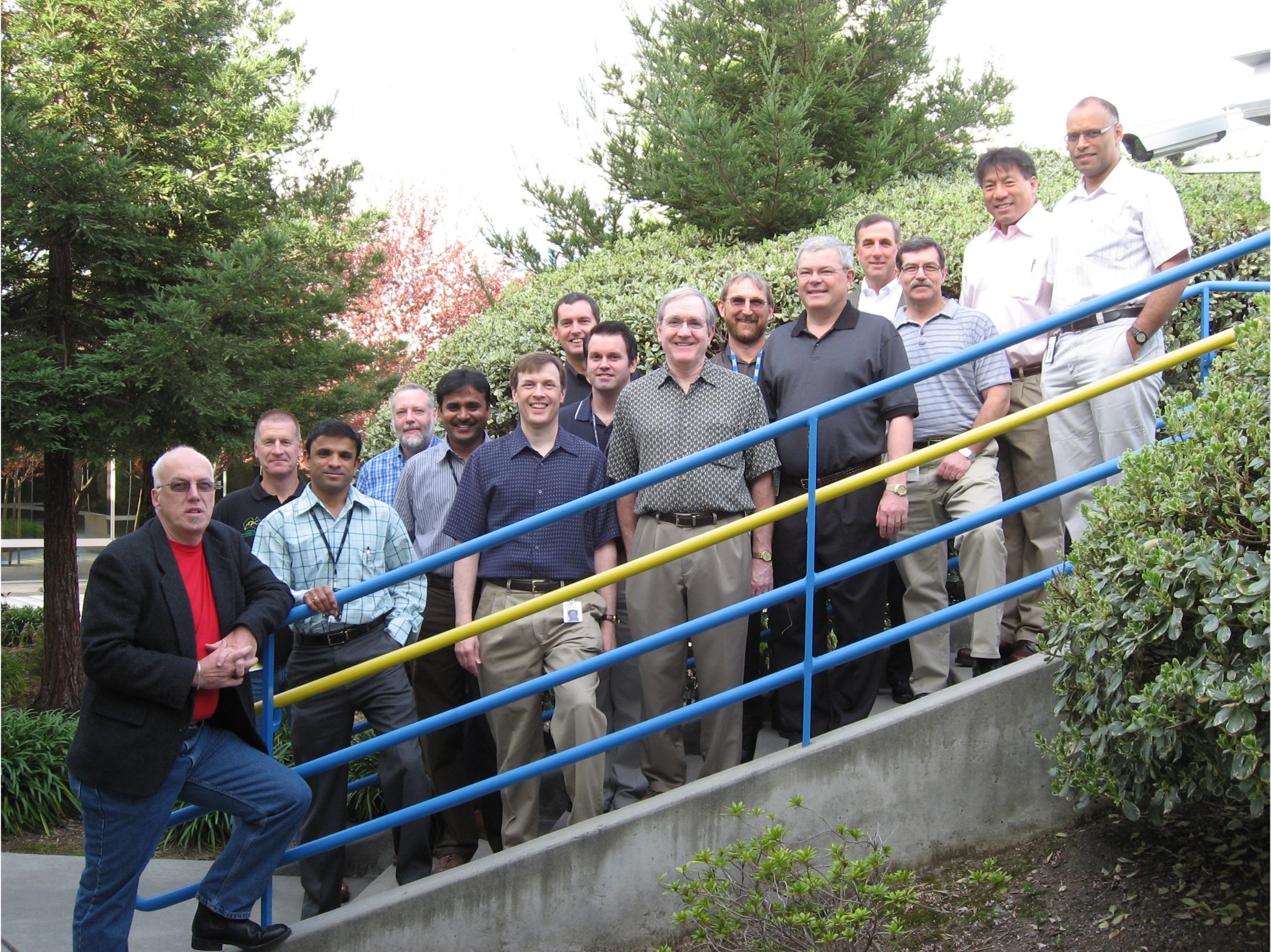 The following is notes about the beginnings of GenevaERS, as compiled by Randall for a reunion of team members in April 2019 in Chicago. The content is supplemented by the Acknowledgements from Kip Twitchell’s Balancing Act.

“Building [GenevaERS and] SAFR and implementing it against real world problems has involved hundreds of people. Some portion of those people have worked with the tool long enough to be listed on a team roster of some kind. Some continued for years; others only for the length of the project.”

Before GenevaERS really began in formal, two key players were working with the State of Alaska:

The ideas embedded in the system they built became the basis for GenevaERS. The system was a state-wide accounting system. Rick later explained that in the early days of systems, the Federal Government mandated certain accounting practices for states to qualify for federal funds; these mandates drove some of the first “enterprise” wide systems. Companies, even large ones, all used isolated systems which fed at summary levels into consolidating systems for holding companies, etc.

The required scale of enterprise reporting was important for the development of GenevaERS.

Here is an example work product about Alaska (from the later period of GenevaERS product development).

The Oregon Department of Transportation needed a system, and the team with experience from the State of Alaska was brought on to build the new system. The Report Request system employed a single-pass architecture.

The third project led to the idea that perhaps a product offering was appropriate. Ideas and team members from the prior projects were assembled from 1989-1992 to build a batch process in COBOL, online process in CICS COBOL. The extract engine was converted to assembler and enhanced to include parallel processing. The end result was given the product name of “GENEVA”.

The GenevaERS System Administrator Guide describes elements of early GenevaERS which have not been carried forward into subsequent versions, including the abilities to define dynamic screen for data capture and update. The system included Consolidated Report Printing

Product development was centralized in Sacramento California (the center of the PW State and Local Government practice) from 1992 to 1996. More of the processes were converted assembler, and productized.

The updated product was installed in Alaska, Oregon and Wyoming.

Sample work products from this period include:

Beginning in late 1996 and growing through the next decade and a half, major projects developed at a number of financial services companies, a US domestic P&C insurance, an US division of an international investment bank, and then a global universal bank. These projects focused primarily on financial reporting.

Doing this work involved some partner companies, including Tory Deck’s Wingspan. This led to considering spinning the tool out as an independent company, including to Bob Beech and Digineer. Meanwhile additional new projects were undertaken, including a data integration company, and fraud analysis for the airline industry. Ultimately the fallout from the Enron failure, and the regulatory requirements that auditors not provide consulting services to audit clients forced PricewaterhouseCoopers consulting division in total to consider a spin off, ultimately being acquired by IBM in October 2002. Even IBM considered GenevaERS divestiture to related products in data warehousing tools in 2004, ultimately keeping it and allowing it to grow in the consulting space.

The next few years through 2010 were dominated by building a global financial system for a universal bank, with GenevaERS at the heart of the system. This process hardened the new front-end and the components written in C++ in the preprocess as well as the new logic table codes updated performance engine. Also during this work, the name of GenevaERS was changed to the IBM Scalable Architecture for Financial Reporting or SAFR to comply with IBM naming standards.

Also, overseas support organizations were started, in both India and later in Australia.

Artifacts from this time include:

From 2010 to 2019, the support organization improved the product, doing such things as updating the extract process to use reentrant code, which reduced the amount of memory required in 2010, and in 2012 converting the Window-based Workbench to use the Eclipse framework. Later, the team consolidated six programs from the legacy UNIX version of the Performance Engine to one program, updated the extract process to use 64-bit code, freeing up more memory for I/O buffers, and using newer machine language instructions to improve performance.

The team also added additional debugging tools in enhanced TRACE facilities and the VDP Analyzer, built a full regression test coverage of all logic table function codes and improved the workbench by increasing in source code management capabilities using Workbench XML allowing for import from source code manager, which can be modified in Workbench, and then exported for execution.

In April of 2020 IBM agreed to donate the code base and related assets to the Linux Foundation’s Open Mainframe Project. The project was named the GenevaERS project, back to the original name. IBM’s commercial offering was determined to be to enable zIIP processing on top of the GenevaERS Open Source Package.

As would be expected from such a long-lived effort, team member turnover occurred with some joining for a while like Bruce Hadley, others going to new jobs, and even the passing of the key inventor of the system, Doug Kunkel, and Michael Berger a GenevaERS Consultant. But new members were added. New members joined, including Sandy Peresie, the first open source developer. Andrea Orth began playing a role in the project right off the bat.

This post date commemorates when GenevaERS.com went live, published as part of a virtual GenevaERS reunion. And as documented elsewhere on this site, the rest as they say is history!