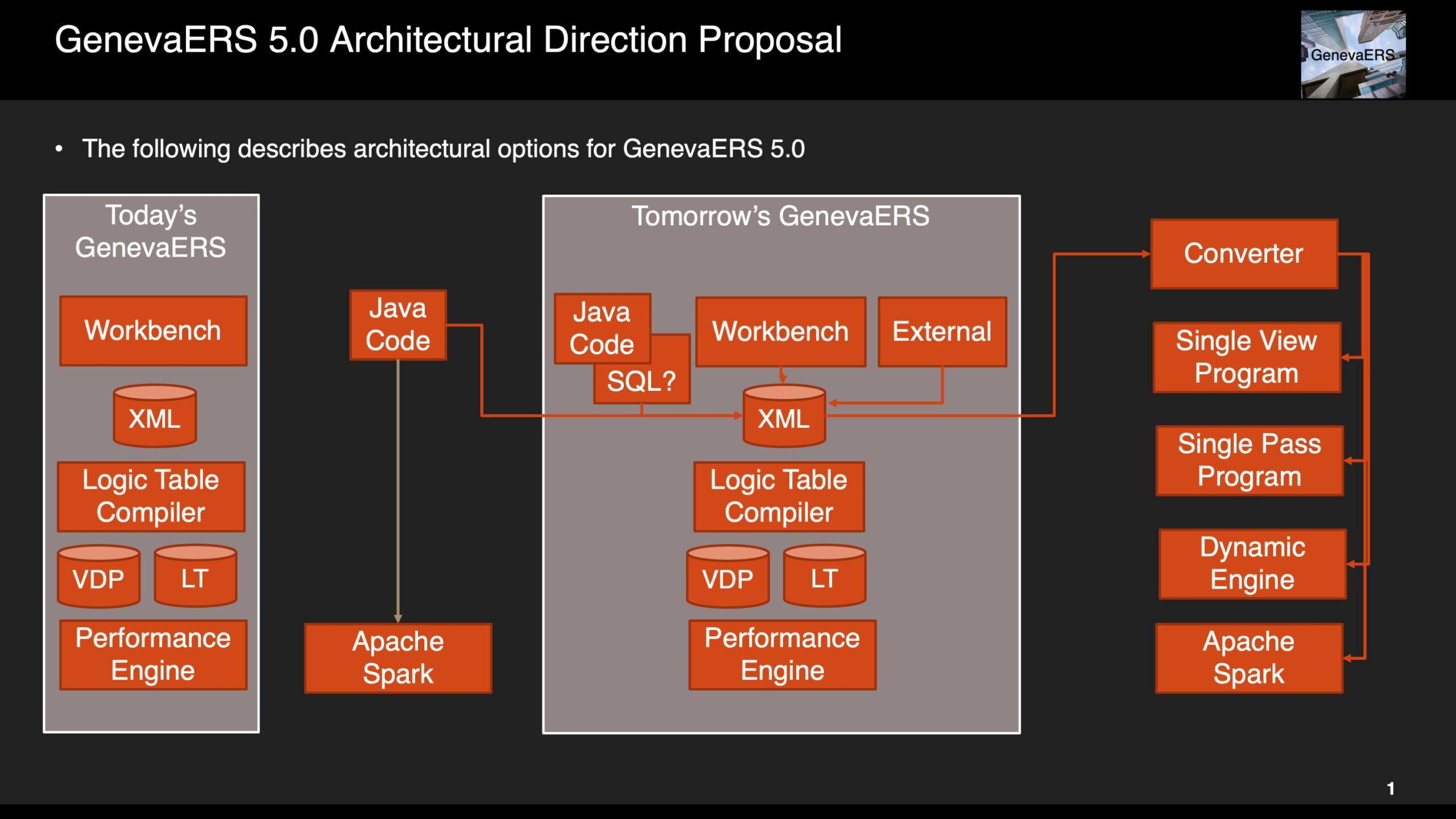 The following are some initial thoughts on the next version of GenevaERS as an Open Source project might go:

Currently the only way to specify GenevaERS processes (called a GenevaERS “view”) is through the Workbench, which is a structured environment allowing specifications of column formats, values to be used in populating those columns, including the use of logic called GenevaERS Logic Text.

GenevaERS developers have known for years that in some cases a simple language would be easier to use. The structured nature of the Workbench is useful for simple views, but becomes more difficult to work with for more complex views.

In response, we propose enhancements to the front-end of GenevaERS for the following:

Doing this would allow:

Existing customers have expressed interest in alternative execution engines for SAFR logic, as demonstrated in the Initial Open Source Work: Metadata Translation. The following are approaches that can be taken to these requests:

View to Stand-alone Java Program: It is possible to consider creating utilities which translate from GenevaERS meta data to another language, each view becoming a stand alone program, which could simply be maintained as custom processes. This would provide a migration path for very simple GenevaERS Processes to other tooling, when performance is not important.

Multi-View Execution Java Program: A set of GenevaERS views (a VDP) could be converted to a single Java program, which produces multiple outputs in a single pass of the input file, similar to what GenevaERS does today.  In other words, it is possible to look at how GenevaERS performs the one-pass architecture, isolates differing business logic constructs from each other, perform joins, etc., and write new code to do these functions.  This would also provide performance benefits from learning from the GenevaERS architecture.

Dynamic Java Program: Today’s GenevaERS compiler which produces a Logic Table could be converted to produce a Java (or other language) executable. This might add the benefit of making the processes dynamic, rather than static.  This can have benefits to changing rules and functions in the GenevaERS workbench, and some sense of consistent performance for those functions, and the potential benefit of growing community of GenevaERS developers for new functions.

These ideas will be discussed at an upcoming GenevaERS community call to gauge interest and resources which might be applied.